“Portrait of a Nation” exhibited in Abu Dhabi and Berlin

Crown Fine Art was involved from the exhibition’s early planning stages through to the transportation and installation of artworks.
In 2016, Abu Dhabi Music and Arts Foundation (ADMAF) first partnered with Crown Fine Art on the installation and exhibition of “Portrait of A Nation” for the 13th edition of the Abu Dhabi Festival, under the patronage of H.H. Sheikh Abdullah Bin Zayed Al Nahyan, United Arab Emirates Minister of Foreign Affairs and International Cooperation. 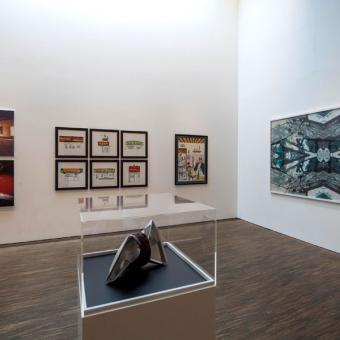 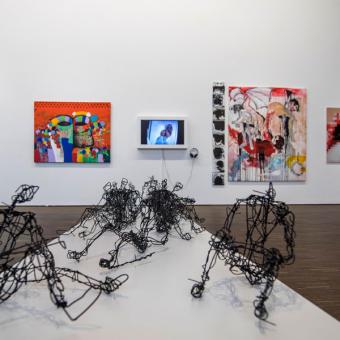 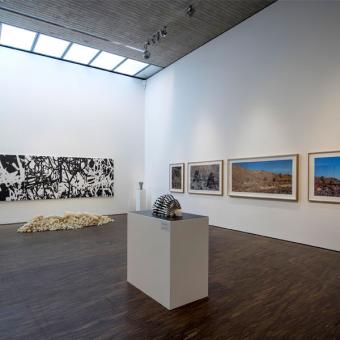 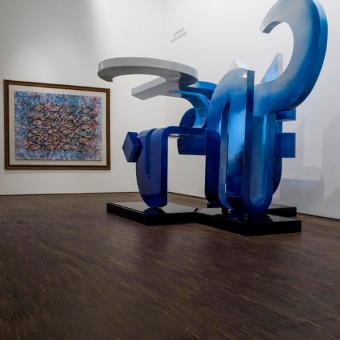 Crown Fine Art was involved from the exhibition’s early planning stages through to the transportation and installation of artworks.
Selected by ADMAF for their impeccable attention to detail and superior customer service, Crown Fine Art was responsible for contacting all featured artists and arranging collection of their works of art via specialist transportation.

As part of the initial project, Crown Fine Art converted its climate-controlled warehouses to a temporary photo studio to enable several photoshoots of the artwork, which were then published as part of the exhibition’s program and souvenir publication.
During the installation process, members of the Crown Fine Art team travelled from Dubai to Abu Dhabi to provide expert assistance in the set-up and layout of the gallery space, which was held in the breathtaking Emirates Palace hotel.
ADMAF’s 2016 “Portrait of A Nation” featured seven gallery spaces that represented different perspectives of the UAE such as geography, architecture, religion and heritage. The seven sections were as follows: Nation and Unity, Geography and Nature, Architecture and Urbanism, Portraiture and Identity, Religion and Spirituality, Language and Calligraphy and Tradition and Heritage.
Coinciding with ADMAF’s 20th anniversary, among the 50 Emirati visual artists whose work was featured in the exhibition, 20 were commissioned to create their own unique interpretations of the UAE.

In 2017, Crown Fine Art was commissioned by ADMAF to oversee the transportation of the artwork from the UAE to Berlin, Germany where the artwork will be showcased.  The exhibition is set to further promote the culture and true beauty of Emarati art.
Prior to shipping, the artwork was kept in long-term air-conditioned storage facilities.  All artwork was then transported in strong, lightweight packaging to accommodate the large and uniquely-shaped sculptures. Crown Fine Art worked closely with ADMAF to ensure they were aware of all customs requirements, duties and taxes in the destination country.
With collections arriving from Germany, Switzerland and the UAE, two highly-knowledgeable and skilled Crown Fine Art technicians, brothers Ariel and Nathaniel Pasion, were selected by ADMAF to travel to Berlin to assist with the unloading of the artwork and subsequent install, in preparation for the exhibition.
ADMAF seeks to nurture the arts, education, culture and creativity for the benefit of society and the advancement of Abu Dhabi’s cultural vision. First partnering with Crown Fine Art in 2014, ADMAF has since worked with the Crown Fine Art team on four large-scale exhibitions and other projects.